My name is Vladimir Kroupnik. I was born in Moscow in 1959. My father was an army officer, he retired with the rank of Navy Colonel. He spent four years on the Soviet-German front between 1941-1945 and finished the war in Austria. He was wounded four times and awarded with three orders, the Alexander Nevsky, Red Star and Patriotic War order, and with many medals, including the ones For Valour and for Battle Merits.

After WW2 he graduated from a Navy college and served in the Soviet Navy till his retirement. He was awarded with a Gold Medal and Order of Lenin for designing of new types of military equipment. He died in 1995.

I wanted to follow in his footsteps and become a Navy officer but my fate shaped it up different way - I became a geologist. I used to explore for gold in the Polar Urals, in the Northern Taimyr (Arctic) and in the mountains of Western Sayan in Southern Siberia. However, I have always maintained interest with everything military - especially with military history.

In Australia I began to be interested in the Russian- Australian historic connections. This interest helped me collect some historic data which has become a basis for this site. My wife Natasha (1956-2007) helped me a lot in development of this site. Apart from me professional historians Elena Govor and Alexander Massov participate in the site development.

The site is constantly developed and updated. If you have any recommendations or questions, please, write me to my e-mail address vkroupnik@hotmail.com. 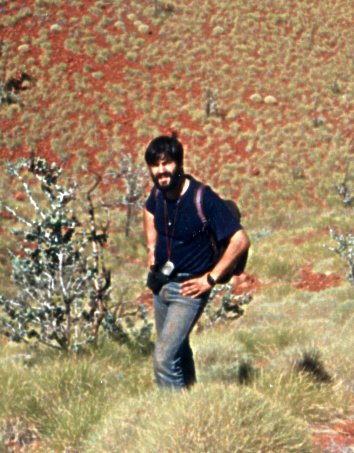